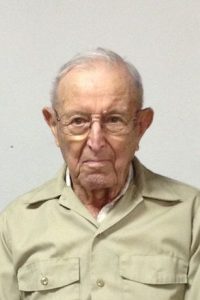 Mr. Wildt was a farmer. He was a member of St. John United Church of Christ and a member of the St. Clair County Farm Bureau. John enjoyed camping, hunting and playing cards.

He was preceded in death by his parents – John and Lena, nee Schifferdecker, Wildt. His wife – Dorothy, nee Studer, Wildt whom he married on October 2, 1948 in Lenzburg, IL and who passed away on December 28, 1999. One brother – Arthur Wildt.

Funeral: Services will be held at Heil-Schuessler Funeral Home in New Athens, IL on Saturday, May 20, 2017 at 11:00am with Rev. Nancy Shubert officiating.

Entombment will be held at Valhalla Gardens of Memory Mausoleum in Belleville, IL.