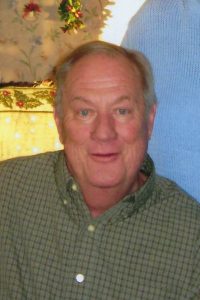 John Raphael Deere, 68, of Sparta, IL; born on June 11, 1952 in Goreville, IL; passed away on Thursday, January 14, 2021 at the Coulterville Rehabilitation and Health Care Center.

John enjoyed going to car shows and watching westerns on the television.  He was also an avid St. Louis Cardinals fan.  You would often find John fishing in his younger days, but in the past few years you would find him at his window watching the birds on his four bird feeders.

Memorial contributions may be made to the Multiple Sclerosis Foundation.  Memorial envelopes will be available at the funeral home.

Funeral: Private services for the family will be held at Heil-Schuessler & Sinn Funeral Home in Sparta, IL on Monday, January 18, 2021.

Interment: Committal services will be held at Hill Prairie Cemetery in Sparta, IL.