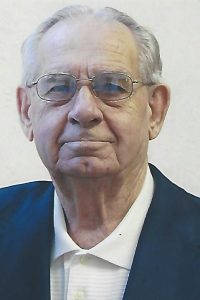 Mr. Jetton was a carpenter. He was a member of Trinity Lutheran Church in Darmstadt, IL. He served in the United States Marine Corp. as a surveyor in the Regimental 12th, 3rd Division. Jack was a member of Carpenter Local 480, the American Legion and a past member of the Marissa Lions Club. He enjoyed golf and woodworking. For many years Jack collected old toys which he would restore to like new condition and donate them at Christmas to local children in need.

Funeral: Service will be held at St. Paul Lutheran Church in New Athens, IL on Monday, September 28, 2015 at 10:00am with Rev. John Lukomski officiating.