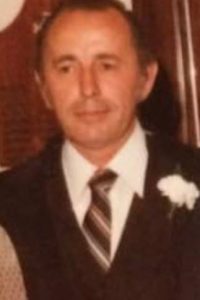 John Gross, Jr, 88, of New Athens, IL, born September 20, 1934, in Poplar Bluff, MO, to the late John and Emma (Bay) Gross, passed away peacefully at his home with family by his side.  He was a retired truck driver and a United States Army veteran.

Mr. Gross was also preceded in death by one son – Timmy Gross and his daughter – Debbie Gross and his two brothers – Gerry and Bob Gross.

Memorials in John’s honor may be made to the Parkinson’s Association.

No formal visitation hours are being scheduled.