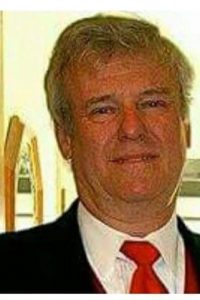 John Howard Carle, 64, of Marissa, IL, born August 10, 1950 in Oakdale, IL, passed away while on holiday in Caye Caulker, Belize. Mr. Carle was a devoted family man and an avid motorcyclist who enjoyed going on rides with family and friends. He also had a particular fondness for black jelly beans.

He was preceded in death by his father; Howard M. Carle; and a granddaughter, Ashley Gallagher.

Funeral: Services will be held at Heil-Schuessler Funeral Home in Marissa, IL on Wednesday, April 29, 2015 at 1:00 p.m. with Rev. Philip Easton officiating. The family encourages those coming for the funeral to wear casual attire to help fulfill John’s wishes to keep things informal.