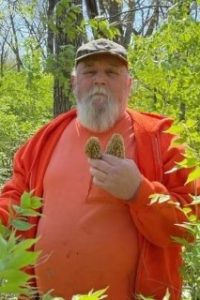 Jimmie D. Firestone, Jr., 60, of Coulterville, IL passed away January 4, 2022.  He went peacefully after a long battle with cancer and had his loving wife, Pam, by his side.

He was born September 3, 1961 in Sparta, IL to Jimmie D. Sr. and Edith (Happel) Firestone.  Jimmie married the love of his life, Pamela Henry at their home in Coulterville, IL on October 30, 2004.

Jimmie served in the U.S. Army for four years, the National Guard for sixteen years and retired as a Union Flat Roofer after twenty-five years of service.  After retiring, he worked for five years at Sparta Wal-Mart where he never met a stranger.  Jimmie was a member of the Sparta Eagles and the Men’s Auxiliary at the Coulterville VFW for many years.  He was an avid mushroom hunter, fisherman and woodworker.  Most of all, he loved his big loud family.  Jimmie was of the Methodist faith.

Memorial contributions for funeral and medical expenses may be made to the family and mailed to Heil-Schuessler & Sinn Funeral Home in Sparta.

His wish was to be cremated, and a celebration of life will be held at a later date.