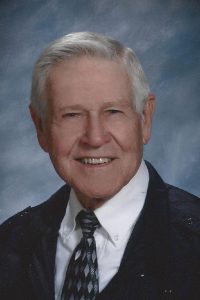 Mr. Pitchford was a coal miner for 35 years. He was a United States Navy Veteran serving in World War II. He was a member of St. Agatha Catholic Church in New Athens, IL; the Knights of Columbus; the United Mine Workers of America. Buddy was an avid golfer achieving 3 holes in one. He belonged to the North County Country Club in Red Bud, IL. He was also a huge Chicago Cubs fan. One of Buddy’s proudest moments in life was when he pitched a no-hitter his senior year in high school in 1944. Most of all he was a loving father, grandfather, great grandfather and friend.

He is preceded in death by his parents – Jesse and Eula, nee Marlow, Pitchford. 1 son – Richard Pitchford. 1 sister – Eleanor Walker.

Memorials may be made to Hospice of Southern Illinois or St. Agatha Catholic School.