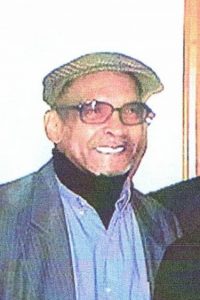 He was an excellent athlete, especially when it came to basketball.  His friends always called him shotgun because of his outstanding shooting skills.

Funeral: Memorial services will be held at Heil-Schuessler & Sinn Funeral Home in Sparta, IL on Saturday, November 20, 2021 at 3:00 p.m.

Interment: Burial will be held at Greenwood Cemetery in Pittsburg, PA at a later date.