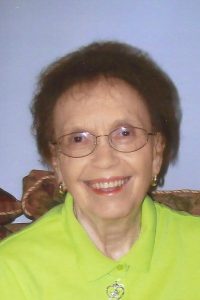 Jeanette E. Frech-Allan, 88, of Ottumwa, Iowa, formerly of New Athens, IL, born August 30, 1924 in New Athens,IL, died Sunday, August 25, 2013 at Ottumwa Regional Health Center in Ottumwa, Iowa. She graduated from the Strassberger Conservatory for Music in 1941 at the age of 17. She was also employed in the office of Autocrat Corp. for many years. She was a lifelong member of United Methodist Church in New Athens, where she also served as the church organist for 62 years. In her later years music was her life and was very proud to have been able to play the organ at the church.

Jeanette was preceded in death by her first husband, Phil Clem Frech, who died May 10, 1976; her second husband, William R. Allan, who died September 16, 1989; her parents, Albert and Elsie, nee Koch, Weible; her brother Lloyd Weible; sister-in-law, Velma Weible; her nephew Robert Weible and son-in-law, Gary H. Idecker. Jeanette was the granddaughter of J.F. Weible, who had been a prominent citizen of New Athens who died in 1938.

In lieu of flowers, memorials are encouraged to be made to United Methodist Church in New Athens.

Funeral: Services will be held at 10 a..m. on Thursday, August 29, 2013 at United Methodist Church in New Athens with the Reverends Ron Chase and Gary Mossiman officiating. Burial will be at Oakridge Cemetery in New Athens. She will be interred between her two husbands. A luncheon will be held at the church following the cemetery committal service.