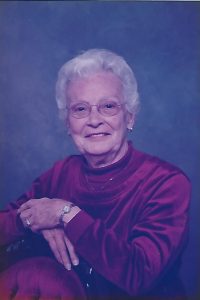 Mrs. Swyear was the owner and operator of Swyear Amusements which she helped co-found with her husband 60 years ago. She was a member of St. John United Church of Christ where she also belong to the women’s guild. She was a member of the St. Louis Showman’s League and the VFW. Janice enjoyed gardening and sewing/quilting with her mom. Most of all she took great care of her family.

She was preceded in death by her parents – Charles and Emma, nee Schenke, Wiggand. Her husband – Raymond Swyear whom she married on November 11, 1950 in New Athens, IL and who passed away on March 21, 1997. Two sons – Allen Swyear and in infancy Ronald Swyear. She was also preceded in death by two brothers.

Memorials may be made to the St. John United Church of Christ or to the Janice Swyear Memorial Fund.

Funeral: Services will be held at Heil-Schuessler Funeral Home in New Athens, IL on Thursday, May 10 at 10:00am with Rev. Dr. Robert Koch officiating.