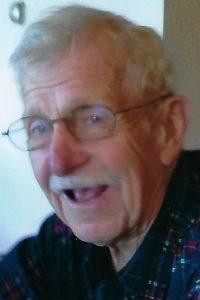 Mr. Rushing was an electrician. He was a United States Air Force Veteran. He was a member of the First United Methodist Church of Marissa. He was a member of the Robert F. Arnold American Legion Post 172; the Sparta Eagles; Communication Workers of America. Jim loved the outdoors and camping. He always enjoyed working on his projects and “fixing” things. Most of all Jim loved his family. He was very caring husband, dad, grandpa and great grandpa.

Memorials may be made to Rushing for the Cure for the benefit of the Siteman Cancer Center.

Funeral: Memorial services will be held at the First United Methodist Church in Marissa, IL on Saturday, February 25, 2017 at 12:00am with Rev. Philip Gardner officiating.