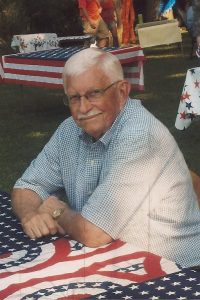 Mr. Prunty graduated from the University of Notre Dame as a Mechanical Engineer and was employed by Joy Manufacturing Company, Bethlehem Steel and Tabor Machine. He served in the United States Army in Germany.

Jim was an ardent golfer and after retirement worked as a Marshall at Stonewolf Golf Course and The Orchards Golf Course, proud to admit to shooting his age 133 times. He was also a member of the Marissa Recreation Area.

He was preceded in death by his parents, Marshall E. and Genevieve, nee Clevenger, Prunty. One brother, Marshall E. Prunty, Jr. of Evanston, IL.

Memorials: Memorials may be made to Southern Illinois Hospice or to the donors’ choice.

Funeral: Mass of Christian burial will be held at St. Agatha Catholic Church in New Athens, IL on Monday, January 30, 2012 at 11:00am with Father James Nall officiating.

Interment: Burial will be held in the Marissa Township Cemetery in Marissa, IL on Monday, January 30, 2012 at 2:00pm.