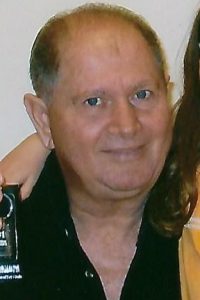 James worked on a loading dock for the railroad for many years.  He used to sit by the Chester Bridge to sell watermelon and cantaloupe during the summer.  James was also a commercial fisherman.  He loved spending time with his grandchildren, Taylor and Evan.

Memorial contributions may be made to Hospice of Southern Illinois.

It was his wish to be cremated.  No services will be held at this time.