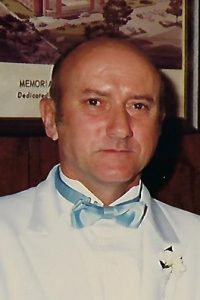 James Louis Light, Jr., 79, of New Athens, IL, born February 12, 1942 in Ironton, MO, passed away peacefully on Thursday December 30, 2021 with his son and daughter by his side. Mr. Light was a retired auto mechanic and a United States Army veteran.

Jim loved to be around his family.  He was a friendly outgoing person who never knew a stranger.  He and his wife spent a lot of time camping and playing cards.  He was also a big fan of John Wayne and loved watching movies.

Mr. Light was preceded in death by his parents – James L. and Emma (Miller) Light, Sr., his beloved wife – the former Joann M. Juenger, whom he married on February 9, 1965, and who preceded him in death on November 23, 2016 and three brothers – Herbert, Harry and Donald Light.

Memorials in Jim’s honor are requested to be made to the organization which meant a great deal to him – the Wounded Warrior Project.

In keeping with Mr. Light’s wishes, cremation is to be held with no services being held.