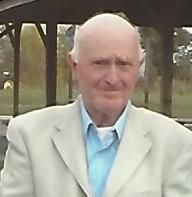 Mr. DeWeese started work as a laborer on different farms before eventually working as a factory laborer. He was a member of Trinity Assembly of God Church in Olive Branch, IL. Sam was well known at two Marissa restaurants – the Diner and Marissa Antique Station. Sam also was an avid college basketball fan. He really enjoyed watching the March tournaments.

Memorials may be made to Trinity Assembly of God Church.

Funeral: Services will be held at Trinity Assembly of God Church in Olive Branch, IL on Wednesday, March 23, 2016 at 11:00am with Pastor Stephen Clardy officiating.