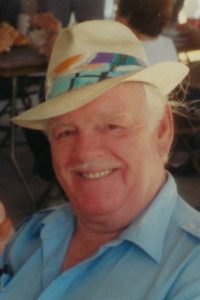 Ernie was enlisted in the Navy at the age of seventeen. He was ranked as a BM 2/C and was involved in the Asiatic-Pacific Campaign. His duty included the master of arms. Ernie was also involved in the battle of the East China Sea, Okinawa, Iwo Jima and in the home islands of Japan. He received the American Campaign Medal, World War II Victory Ribbon, the Asiatic-Pacific Campaign Ribbon with Silver Star, the Good Conduct Medal, the Navy Occupation Service with Asian Clasp and the Philippine Liberation Medal. Ernie was a member of the VFW and American Legion in Sparta, IL.

Ernie was a member of the UMWA and retired from the coal mines. His father was known for the trucking company he owned called, Noah King Trucking, which is now owned by his son Noah King, Jr.

He was preceded in death by his parents – Noah and Martha (Boyles) King.

A private memorial service will be held at a later date.