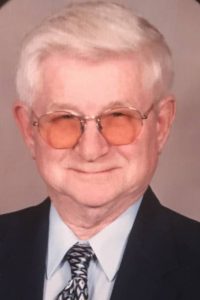 Mr. Mezel was a United States Air Force veteran and served during the Korean War after he enlisted in the Air Force reserves and for 32 years worked as an aircraft mechanic at Scott Air Force Base.  He was a member of the Tilden Presbyterian Church.  Jake tried out for the St. Louis Cardinals when he was 18 and although he never played for them he remained a lifelong fan.  Jake also enjoyed golfing.

Funeral: Services will be held at Tilden Presbyterian Church on Saturday, May 4, 2019 at 11:00am with Rev. Dennis Hamilton officiating.