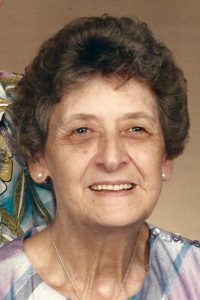 Irene worked for many years at the New Athens Home for the Aged, Freeburg Nursing Home and a cleaning service at Peabody Mines. Irene was a homemaker, mother, grandmother and great grandmother. She loved jigsaw puzzles, sewing and seeing her grandchildren.

The family wishes to thank the entire staff of the Coulterville Care Center for their excellent care. Also a special thank you to Dr. David Chung and to Heartland Hospice.

In lieu of flowers the family requests that memorials be made to the Coulterville Care Center.

Funeral: Services will be held at Heil-Schuessler Funeral Home in Marissa, IL on Wednesday, December 4, 2013 at 11:00am with Pastor Thomas Klausing officiating.