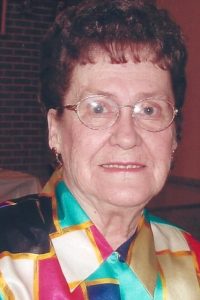 She was preceded in death by her parents – George and Minnie, nee Fordice, Wilkerson. Her husband Clayton “Cowboy” Smith whom she married on December 25, 1936 in Waterloo, IL and who passed away on July 20, 1981, 5 brothers and 3 sisters.

Memorials may be made to New Athens Home Activity Fund; United Methodist Church or Family Hospice

Funeral: Services will be held at the United Methodist Church in New Athens, IL on Saturday, January 19, 2013 at 12:00 noon with Rev. Ron Chase officiating.