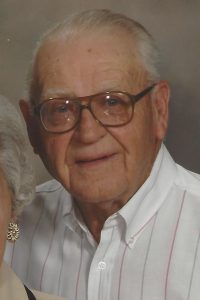 Mr. Junge was a coal miner and retired from Peabody Coal Company after 34 years. He was a member of St. Paul Lutheran Church. He was a United States Army Veteran serving in Berlin, Germany during the Korean War. He was a member of the V.F.W. Post 7710; American Legion Post 619; and a proud member of the U.M.W.A. Harry was a very hard worker and after retirement he worked part time driving trucks for Professional Metal Works. Harry also enjoyed bowling, playing cards and tending to his cows.

Memorials may be made to St. Paul Lutheran Church or the New Athens Home for the Aged.

Interment: Burial will be held in Oak Ridge Cemetery in New Athens, IL.