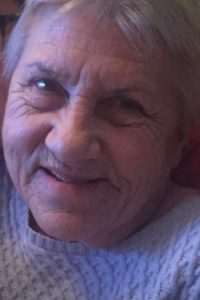 Mrs. Glenda Sue (nee Koenigstein) Wilkens, 75, of Waterloo, IL, born June 21, 1947, in Du Quoin, IL, peacefully passed away on Thursday, December 1, 2022, in her home. Glenda spent many of her days as a loved and wonderful homemaker, also serving as an EMTI for the New Athens Ambulance service saving and helping others in need. She loved deer hunting with her husband, camping, fishing and just being outdoors as much as she could.  She was an avid and talented gardener who canned a lot of her own home-grown fruits and vegetables. She had a green thumb growing the biggest tomatoes and blackberries you have ever seen.  She also made the best jelly; made from grapes she also grew. Glenda loved spending time with her children and grandchildren, always doing her absolute best to never miss even one of her grandchildren’s many activities.  Her family always came first, and they could always count on her.
Preceding her in death was the love of her life, her husband, Thomas Roy Wilkens, whom she married on February 12, 1965, in Pinckneyville, IL who passed away on March 14, 2021, and her much-loved parents – Kenneth and Evelyn (nee Miller) Koenigstein, and a brother-in-law Dennis Sutherland.
Mrs. Wilkens is survived by her two daughters – Theresa (Charles) Edwards of Waterloo, IL and Deborah (Bret) Strobo of Millstadt, IL, one sister – Cheryl (Gary) Davis, three grandchildren – David (Jessica) Kernan, Alyssa Edwards, Katelyn Strobo and two great grandchildren Barrett and Brayden. A sister-in-law Nancy Sutherland, nieces and nephews, and friends.  She will be very greatly missed and always held with all of the love in her family’s hearts.
Memorials in Mrs. Wilkens’ honor may be made to the Wounded Warriors Project in which she supported over the years in memory of her father Kenneth who served in WWII and her son-in-law Charles who also served. Both served in the US Army.
Visitation: Friends and family will be gathering from 4 to 8 p.m. on Monday December 5, 2022, and again from 10 to 11 a.m. on Tuesday December 6, 2022, at Heil-Schuessler Funeral Home in New Athens, IL.
Funeral: Services will be held at 11 a.m. on Tuesday December 6, 2022, at Heil-Schuessler Funeral Home in New Athens, IL with Fr. Von Deeke officiating.  Burial will follow at St. Agatha Catholic Cemetery in New Athens, IL.
Heil-Schuessler Funeral Home in New Athens, IL is in charge of arrangements.
Share this...