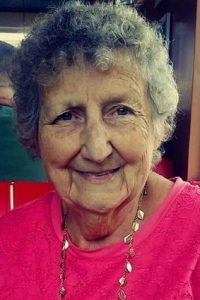 Mrs. Martin was a homemaker. She was a member of the First Baptist Church in Marissa, IL. Glenda was a very loving mother, grandma and great-grandma.

She was preceded in death by her parents – Carl and Christine, nee Pate, McGough. Her husband – Oscar “Jerry” Martin who passed away on July 10, 1999. One brother – Carl Dean McGough. One sister – Patsy North.

Memorials may be made to the First Baptist Church.

Funeral: Services will be held at the First Baptist Church in Marissa, IL on Saturday, April 29, 2017 at 11:00am with Rev. Harkness officiating.