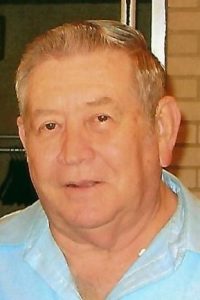 Mr. Moore retired as a Technical Sergeant from the United States Air Force. He was a lifetime member of the NRA. He was a member of the Masonic Lodge, VFW and the American Legion.

He was preceded in death by his parents – Jesse and Bernice, nee Amon, Moore. His wife Veda, nee Shelton, Moore whom he married on August 29, 1954 in Jacksonville, IL and who passed away on October 14, 2006. Two sons – Ronald Moore; G. Tim Moore. One daughter – Brenda Moore Shelton. One
brother – Jesse Moore.

Funeral: Services will be held at Heil-Schuessler Funeral Home in Marissa, IL on Monday, December 4, 2017 at 1:00pm with Rev. James Harkness officiating.