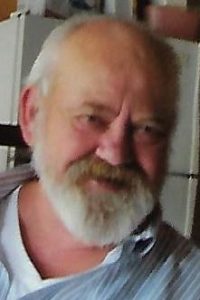 Mr. Buckentin was the owner and operator of BuckLo Enterprises. He was a United States Marine Corp Veteran. Buck enjoyed hunting, fishing and gardening.

He was preceded in death by his parents – Albert and Myrtle, nee Pederson, Buckentin. His first wife – Lois, nee Crider, Buckentin who passed away on October 30, 1998.

He is survived by his wife – Carol, nee Obermoeller, Buckentin whom he married on May 5, 2001 in Biddleborn, IL. His children – Christine (Eric) Pagoria of Hendersonville, TN. William Buckentin of Marissa, IL. His grandchildren – Samuel; Matthew; Owen; Ella. One brother – Richard (Tanley) Buckentin of Minnesota. Two sisters – Sue (Bob) Koth of Wisconsin; Marsha (Dave) Whitnah of Minnesota.

Funeral: Services will be held at Heil-Schuessler Funeral Home in Marissa, IL on Friday, July 15, 2017 at 11:00am with Rev. Nancy Shubert officiating.