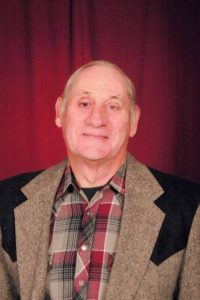 George August Ederer, 83, of Sparta, IL; born on April 16, 1939 in Walsh IL, the son of George Andrew and Anna Rachael Hasemeyer-Ederer; passed away on Monday, December 19, 2022 at home surrounded by his loving family.

George was a life member of Our Lady of Lourdes Catholic Church in Sparta and was a member of the Knights of Columbus.  He graduated from Sparta High School.  George retired from Baldwin Powerplant which gave him more time to do the things he loved which were riding horses and raising goats.

Memorial contributions may be made to St. Pius V Community Hall in Walsh.  Memorial Envelopes will be available at the Church and the funeral home.