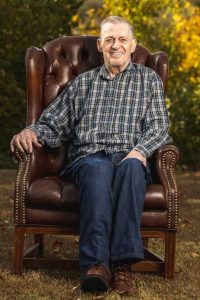 Gary Lee “Babe” Kirkpatrick, 77, of Lenzburg, IL, born December 31, 1944, in Coulterville, IL, passed away on Tuesday December 13, 2022, at his residence. He was the owner/operator of Babe’s Tavern in Lenzburg, IL, which he ran for 43 years and was a member of the Masons – Marissa Chapter. Gary loved playing poker with family and friends and was a big baseball fan who loved the St. Louis Cardinals. He enjoyed his Captain and Cokes, playing the machines, watching Judge Judy on TV, shooting pool and reminiscing with customers and friends. But most importantly, he loved spending time with his family – especially his grandchildren.

Gary’s family would like to extend a special thank you to his caregivers, especially Brenda Larson, and to Family Hospice.

In lieu of flowers, memorials may be made to Family Hospice of Belleville, IL.

Funeral: Services will be held at 10 a.m. on Monday December 19, 2022, at Heil-Schuessler Funeral Home in Marissa, IL with the Rev. Dr. Robert Koch officiating.

Per Mr. Kirkpatrick’s wishes, cremation is to take place after services. Private interment will take place at a later date.