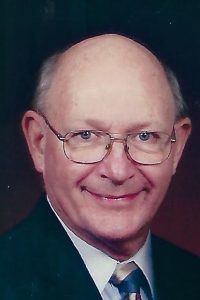 Frederick H. Lewis, Jr., 80, of Marissa, IL, born July 11th, 1941 in Centralia, IL, passed away on Monday, July 4th, 2022 at his residence.   As a boy Fred was fascinated by steam engine trains.  Mr. Lewis held a Master’s Degree in Mathematics from SIU-Carbondale and a Master’s Degree in Chemistry from the University of Arizona.  He was a teacher for 54 years in public schools.  10 years at Trico High School and 42 years at Marissa High School.   He also spent 25 years as an adjunct chemistry instructor at Southwestern Illinois College.  While at Marissa High School, he was involved with several space projects for NASA, as a Christa McAuliffe fellow and incorporated that enthusiasm into the classroom through projects and activities.

Throughout his life and well into his retirement, he enjoyed working with antique cars.  He was a member of the Antique Automobile Club of America, the librarian/historian of the Pontiac Oakland Club International, and the editor of the award-winning Vintage Voice Newsletter for the Oakland-Pontiac Worldwide Region.  He also belonged to several other local area car clubs.  He loved spending time with his grandchildren and enjoyed traveling around the world.

Mr. Lewis was preceded in death by his parents – Frederick H. and Ellen P. (Jenson) Lewis, Sr.; his grandparents George and Harriett (Howe) Lewis and Charles and Nina (Davis) Jenson.

In lieu of flowers, memorials may be made to Maple Creek Hospice of Sparta, IL, American Cancer Society Hope Lodge in St. Louis, MO, or St. Jude Children’s Research Hospital.

Visitation: Friends and family will gather to celebrate Fred’s life from 9 to 11 am on Saturday, July 9th, 2022 at Frieden’s United Church of Christ in Marissa, IL.

Funeral: Services will be held at 11 am on Saturday, July 9th, 2022 at Frieden’s United Church of Christ in Marissa, IL with Rev. Brett Palmer officiating.

Private interment will follow the services at Hillcrest Cemetery in Centralia, IL

Heil-Schuessler Funeral Home in Marissa, IL is in charge of the arrangements.