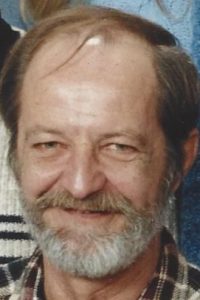 Fred P. Meister, Sr., 62, of New Athens born December 6, 1949 in Belleville, IL, passed away Saturday, October 27, 2012 peacefully at his home after a short battle with cancer. He served in the US Army from 1969-71. He worked for Peerless Stove factory for many years and recently worked for the Village of New Athens.

Fred was preceded in death by his father, Fred E. Meister, his step-father Ulysses “Jack” Grant, his brother Dwaine Meister and his sister Marsha Grant.

He is survived by his mother, Helen (Reuss) Grant; his children, Fred P. (Shelly) Meister, Jr. of Marissa, Bridget (Bill) Hurst of Waterloo and Brittany Meister of Richmond Heights, Mo.; his niece that he raised as his own, Nicole (Winkleman) Krack of Evansville, IL; his grandchildren, Charly Meister of Marissa; Kayla, Camden and Kyra Hurst of Waterloo; His brothers, Joe (Marsha) Meister of New Athens and Greg (Vicki) Meister of Mascoutah; His former wives, Teddi (Lannom) Beshears and Debra (Winkleman) Mell both of New Athens; numerous aunts, uncles, nieces, nephews, cousins and friends.

Visitation: A memorial gathering for Fred will be Thursday, November 1, 2012 from 5 p.m. to 8 p.m. at Heil-Schuessler Funeral Home in New Athens.

Funeral: Graveside services will be held Friday, November 2, 2012 at 11 a.m. at Oakridge Cemetery in New Athens with Rev. Dr. Robert Koch officiating. Per Fred’s request, cremation was to take place.