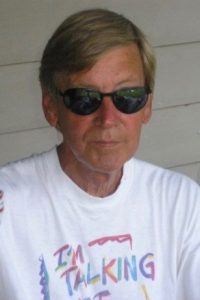 Franklin Garfield Pruitt, 74, of Sparta, IL; born on May 11, 1947 in Elkin, NC the son of Garfield and Lola (Carter) Pruitt; passed away on Wednesday, August 11, 2021 at home surrounded by his loving family.

He worked in coffee sales and distribution.  Franklin loved his job because he always enjoyed a warm cup of coffee with his friends or family.  He served in the United States Army as a public information officer.  When he heard his brother was being enlisted, Franklin decided to join the Army to protect his brother.  He knew they would not allow siblings to serve in Vietnam at the same time, so Franklin did what he knew he had to do.  He always put others before himself, especially when it came to his family.

He was preceded in death by his parents;  brother – Jimmy Pruitt; sister – Hazel Trivette.

Memorial Contributions may be made to the Wounded Warriors Project.