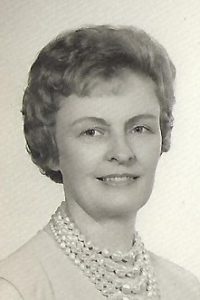 Mrs. Wolf was preceded in death by her parents – William L. and Bertha C. (Muench) Stamm, her beloved husband – Herschel H. Wolf, whom she married on August 5, 1943, in St. Charles, MO, and who passed away on July 12, 2006, her two sisters – Vera (the late Siegel) Hesse and Norma (the late Ira) Volner and two sons-in-law – Roger Rhein and Albert Winter.

Memorials in Fern’s honor may be made to St. John United Church of Christ.