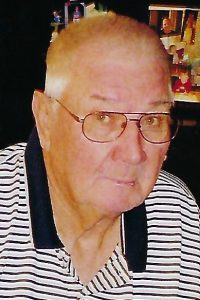 Mr. Eugene William Weber, 84, of New Athens, IL, born May 3, 1936 in Prairie Du Long TWP, IL, passed away Sunday, May 24, 2020 at St. Elizabeth’s Hospital in O’Fallon, IL. He honorably served his country with the U.S. Army 101st Airborne Division at Ft. Campbell, KY. He worked as an Operating Engineer for 60 years from Local 520. Eugene was a member of St. Paul Lutheran Church and a church council board member, the Muddobber’s Club and a lifelong member of the New Athens Volunteer Fire Dept. After retirement he enjoyed many years at New Athens Hanft Park mowing for the Park District.

Memorials may be made to the New Athens Home for the Aged or St. Paul Lutheran Church in New Athens, IL.

A private family graveside service at Oakridge Cemetery in New Athens, IL is being scheduled.