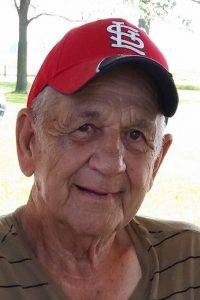 Mr. Dintelman was a lifelong butcher working at various locations. He was a member of St. Agatha Catholic Church. Gene enjoyed spending time with the coffee group and card playing club.

Memorials may be made in the form of Masses to St. Agatha Parish, Vitas Hospice or to the donor’s choice.

Funeral: A Mass of Christian Burial will be held at St. Agatha Catholic Church in New Athens, IL on Friday, July 14, 2017 at 10:00 a.m. with Father Mark Reyling officiating.