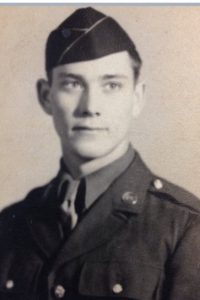 Leedale was a United States Army Veteran that served during WWII.  He worked at Zeigler Coal Mine for fifteen years, Railway Express for thirteen years and Sparta Printing for seven years.  He enjoyed working on his farm.  Leedale would tell stories about his younger days working on a farm and having to plow fields by hand.  Leedale was an incredibly hard worker and enjoyed spending time with his family.

Memorial Contributions may be made to Clarmin First Baptist Church.

Funeral: Services will be held at Heil-Schuessler & Sinn Funeral Home in Tilden, IL on Monday, March 15, 2021 at 11:00 a.m. with Pastor Mike Higgerson officiating.

Interment: Burial will be held at Tilden Cemetery in Tilden, IL following the service.