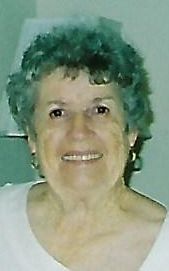 She met George Rodman during the last year of World War II and journeyed to join him at his home in Murphysboro, IL. They married on April 8, 1946. He preceded her in death on October 30, 2002 after 56 years of marriage.

Eileen was a very talented person, able to do just about everything. She was an excellent seamstress and also had an upholstery business for 10 years. Her interests were many – antiques, decorating, do-it-yourself projects and especially her grandchildren and great-grandchildren. In her later years she and her daughter had an antique shop.

Also preceding her in death were her parents – Tom and Daisy, nee Hedges, Taylor of Eghman Surrey, England. Her beloved granddaughter, Sheila Rako who passed away on November 2, 1990. Three brother and five sisters.

In the last four months she resided at Morningside of Shiloh, an assisted living facility where she had many friends. Up until then she had lived in her own home, quite remarkable for her age.

Memorials may be made to Wounded Warriors.

Visitation: Friends may call at Heil-Schuessler Funeral Home in Marissa, IL on Thursday, November 9, 2017 from 5:00pm to 7:00pm.

Funeral: Services will be held at Heil-Schuessler Funeral Home in Marissa, IL on Thursday, November 9, 2017 at 7:00pm with Rev. Brett Palmer officiating.