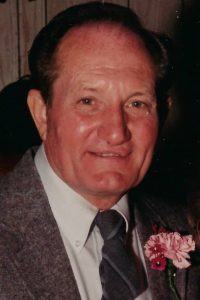 Edmund “Scotty” Misselhorn, 94, of Sparta, IL; born on October 27, 1925 in Sparta, IL; passed away on Thursday, May 14, 2020 in the Coulterville Rehabilitation and Health Care Center in Coulterville, IL.

Edmund served in the United States Navy and was a member of the Sparta VFW. He owned Sparta Suzuki, Sparta Taxi Cab Service and City Service. He also worked at Sparta Printing for most of his life. Edmund enjoyed woodworking and building different things. He coached baseball in Khoury League and was a Scout Leader for the Boy Scouts.

Memorial Contributions may be made to the Alzheimer’s Association.

Funeral: Due to restrictions that are in place during the COVID-19 outbreak, a private service will be held for the family.