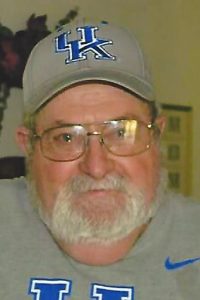 Eddie was a deacon a Faith Baptist Church. He was a long time scout and former Cub master of Pack 327. He was a retired coal miner. Eddie was an avid Kentucky Wildcats fan. He was also an avid fishman.

He was preceded in death by his parents – Hulon and Josephine, nee Boone, Bullock. Two sons – Anthony “Tony” Bullock and Terry Lynn Bullock.

Memorials may be made to Cub Scout Pack 327.

Visitation: Friends may call at Heil-Schuessler Funeral Home in Marissa, IL on Wednesday, August 31, 2016 from 4:00pm to 8:00pm and on Thursday, September 1, 2016 from 4:00pm to 6:00pm. The family requests that those in attendance wear Wildcats or blue and white attire in memory of Eddie.

Funeral: Services will be held at Heil-Schuessler Funeral Home in Marissa, IL on Thursday, September 1, 2016 at 6:00pm with Rev. Tom Toenjes officiating.

Interment will be held at Small Hause Cemetery in Centertown, KY.