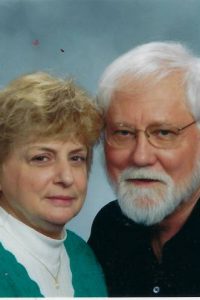 Earl was a United States Navy veteran.  He enjoyed shooting targets and watching old western movies.  He was an avid St. Louis Cardinals baseball fan.  Barb spent a lot of time volunteering at the neighborhood thrift center.  Earl and Barb were members of the Sparta Eagles and ran their own business called the “Crain’s Nest”. They both retired from Spartan Printing Company.

Barbara was preceded in death by her parents – Ernest Moro and Francis (Blackwell) Herron.

Memorial Contributions may be made to the American Cancer Society.  Envelopes will be available at the funeral home.

Funeral: Private graveside services will be held for the family at a later date.