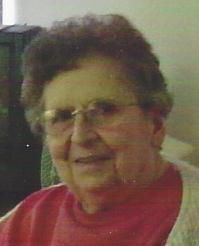 Mrs. Huber was a homemaker. She enjoyed quilting, sewing and solving both crossword and jigsaw puzzles. She also loved spending time with her grandchildren.

She was preceded in death by her parents Henry and Elsie, nee Spalt, Miller. Her husband Wyman Huber Jr. whom she married on August 4, 1951 in Belleville, IL and who passed away on October 23, 2004.

Memorials may be made to Heartland Hospice or the New Athens Home for the Aged.

Funeral: Services will be held Heil-Schuessler Funeral Home in New Athens, IL on Saturday, September 29, 2012 at 10:00am with Charles Lingafelter officiating.

Burial: Interment will be held in Valhalla Gardens of Memory in Belleville, IL.