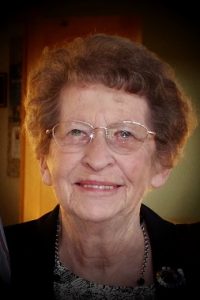 She was preceded in death by her parents; R. Clarence and Anna Rhea (Hargrave) Ablett, her husband; Paul G. Hacker, whom she married on August 31, 1946 in Belleville, IL, and who passed away on November 22, 1986, her son; Richard Hacker who passed away on April 22, 2020, son-in-law; Donald Jansen, and her beloved brother-in-law and sister-in-law; Warren and Olinda Hacker.

In lieu of flowers, memorials may be made to the New Athens Home for the Aged or to Hospice of Southern Illinois.

No public visitation times are being scheduled.

Private services will be held.