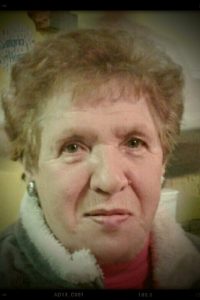 Mrs. Rushing was a loving homemaker, wife, mother and grandmother. She was a faithful member of the First United Methodist Church of Marissa where she served on the Pastor Parrish Committee. She was a member of the Marissa Chamber of Commerce. Doris was a 20 year cancer survivor and was the director of the Rushing for the Cure Foundation and worked tirelessly to fund breast cancer research.

Memorials may be made to Rushing for the Cure for the benefit of the Siteman Cancer Center.

Visitation: Friends may call at the First United Methodist Church in Marissa, IL on Saturday, September 3, 2016 from 9:00am to 11:00am.

Funeral: A memorial service will be held at the First United Methodist Church in Marissa, IL on Saturday, September 3, 2016 at 11:00am with Rev. Philip Gardner officiating.