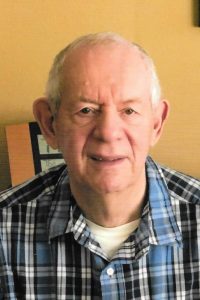 Don grew up in Sparta and after moving his family for a short stay in California, he spent the past fifty years in Rolla, Missouri. He proudly served in the Navy during the Cuban Missile Crisis. He worked 29 years at University of Missouri – Rolla (UMR) as a printing press operator. Don enjoyed hunting, fishing, gardening and spending time with his family. He was a member of the Church of God a Worldwide Association and served as a deacon.

Donald will be buried in Caledonia Cemetery in Sparta, IL. Graveside services will be performed by Pastor John Foster and will be held Monday, May 2, 2022 at 2:00 pm.