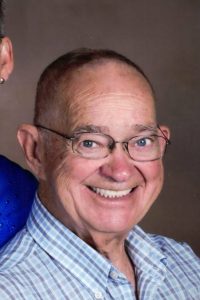 He worked at World Color Press in Sparta, IL as a pressman for many years.  Don was a member of the First United Methodist Church in Sparta and was always a Christian that put God first when making any decisions in life.  He was an avid baseball fan, but his true pride and joy was watching his grandkids play ball.  Don was a kind and loving father that was always there for his children.  He enjoyed woodworking projects, gardening, and driving his 1966 Thunderbird.

Funeral: Services will be held at the First United Methodist Church in Sparta, IL on Saturday, August 14, 2021 at 11:00 a.m. with Pastor Randy McGeehon officiating.