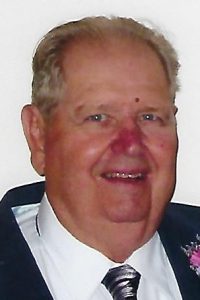 Don joined the Air Force shortly after his 18th birthday and trained in Avionic Electronics to work on airplane radios in Korea, Japan, and several Air Force bases in the US. After the Air Force, Don worked for McDonnell Aircraft in St. Louis, MO then Beech Aircraft in Wichita, KS where he retired as an engineer who was often called upon to solve difficult problems.

Don was a devout Christian who loved the Lord and his family, always eager for more grandchildren and great-grandchildren. Genealogy was a passion of his and he made numerous trips to study grave sites and county records to help find where our family tree had begun.

In lieu of flowers, memorials may be made to the Smithton, IL First Baptist Church elevator/lift fund.

Funeral service will be held at the funeral home at 10 a.m. on Monday November 29, 2021 with Pastor Robert Endsley officiating.  Graveside services to follow at Oakridge Cemetery in New Athens, IL.