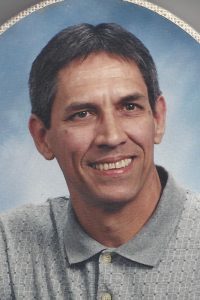 Donald H. Light, 62, of New Athens, IL, born April 22, 1950 in Monroe County, IL, passed away Saturday, October 6, 2012 at St. Louis University Hospital in St. Louis, MO. He had worked as a mechanic, then for Ehrhardt Tool in Granite City as a tool maker before becoming ill. Don honorably served his country in the U.S. Army in Vietnam where he received the Purple Heart for injuries sustained in action.

Mr. Light was preceded in death by his parents, James and Emma (Miller) Light, and 1 brother Herbert Light.

Memorials may be made to the American Liver Foundation or to St. Agatha School.

The Light Family would like to extend a special thank you to the doctors and nursing staff at St. Louis University Hospital for their excellent care Don received while he was a patient there.

Visitation: In keeping with Don’s wishes, cremation was to take place with no visitation.

Services: Friends are invited to join the Donald Light Family on Saturday, October 13, 2012 at 11 a.m. at the St. Agatha Parish Hall in New Athens, IL for a memorial dinner and gathering to celebrate of Don’s life