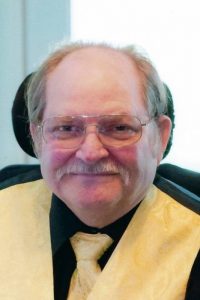 Mr. Langwith worked at World Color Press and Nascote.  He was a United States Marine Veteran.  He was a member of the American Legion Post in Sparta.  Donald was also a carpenter and loved to build.  He was also a very dedicated donor to both the Sparta and Coulterville School Districts.

He was preceded in death by his parents – Edward and Ruby, nee Patterson, Langwith.  Two brothers – Noel Foster and Ronald Rongey.

Memorials may be made to the Sparta or Coulterville School Districts.

Funeral: Services will be held at Loyalty Baptist Church in Eden, IL on Wednesday, July 1, 2020 at 1:00pm with Rev. Tom Foster officiating.

Interment: Burial will be held at Cutler Cemetery in Cutler, IL.