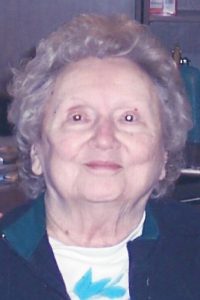 Mrs. Schneider was a homemaker. Early in life she worked at Fellner’s Department Store, New Athens Shoe Factory and Eckert’s Orchard. She was a member of St. Paul Lutheran Church and the St. Paul Woman’s Guild. Dolores also enjoyed ceramics, baking and cooking.

She was preceded in death by her parents – Arthur and Hilda Just. Her husband Edward Schneider whom she married on June 6, 1948 and who passed away on August 19, 2009. One sister – Olivia Kraft.

Funeral: Services will be held at St. Paul Lutheran Church in New Athens, IL on Friday, March 7, 2014 at 11:00am with Rev. John Lukomski officiating.

Entombment will be held at Valhalla Gardens of Memory and Mausoleum in Belleville, IL.