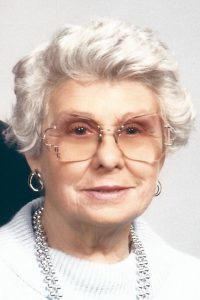 She was preceded in death by her parents William and Pauline, nee Hofmeister, Dill. Her husband John Robert Goaring whom she married in St. Louis, MO in 1946 and who passed away on November 19, 1989. One brother and one sister.

Services: Memorial services will be held at Heil-Schuessler Funeral Home in Marissa, IL on Saturday, December 13, 2014 at 1:00pm.