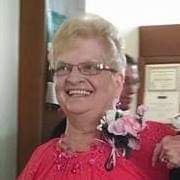 She was preceded in death by her parents – Joseph and Evelyn (Onash) Cahoon, her beloved husband – Marvin M. Korves, whom she married on April 13, 1963, in East Carondolet, IL, and who passed away on March 13, 2018, four brothers – Ray, Jerry, Carlisle and Marlin Cahoon and three sisters – Ruth Sumler, Evelyn Marie Carle and Gracie Cahoon.

Memorials in Rose’s honor may be made to Family Hospice of IL or to the American Cancer Society.

In keeping with her wishes, no public visitation or services will be held.

A private family celebration of life will be held at a later date.