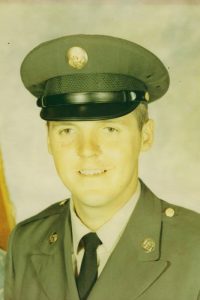 Dennis was born on November 14, 1952  in Red Bud, Illinois to Wilbert and Ruby Koester nee Tillock. Dennis married Mary Lou Clark on January 16, 1999 and she survives.

He was preceded in death by his parents.

Memorial contributions may be made to the family for their wishes.

Interment:  Burial will be held at Zion Lutheran Church Cemetery in Walsh, IL.