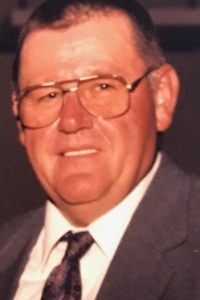 Dennis L. “Honker” Heintz, 78 of New Athens, IL, born May 19, 1941 in Belleville, IL, passed away on Saturday, January 4, 2020 at St. Louis University Hospital in St. Louis. He was a teamster from Local 50 for the Killian Corp. Dennis was also a U.S. Army Veteran. Dennis was a member of the Mississippi Valley Gun Club, NRA, American Legion and the New Athens Sportsman’s Club.

He was preceded in death by his parents; Kermit and Virginia (Phillips) Heintz and his brother; Kermit J. “Boogie” Heintz.

Visitation: Friends may call from 9 to 11 a.m. on Saturday, January 18, 2020 at Heil-Schuessler Funeral Home in New Athens, IL.

Funeral:  Memorial services will be held at 11 a.m. on January 18, 2020 at Heil-Schuessler Funeral Home in New Athens, IL.  Interment will follow at Marissa TWP Cemetery in Marissa, IL.